Sure, you’ve seen them at the gyms, these cylindrical pieces of foam tucked away in the corner…or underneath someone, as they roll under various body parts. It looks more like something a kid would play with, than a piece of gym equipment. I’m not knocking them, I use them as well for my hamstrings and quads after working out. It might hurt a little while rolling over it with my full body weight, but it feels great after, and I am more loose/relaxed.

What is foam rolling exactly? A foam roller is a piece of  high density foam, roughly 4-6″ in diameter and 2-4 ft in length. Now, muscle is enveloped with fascia and injuries to it result in 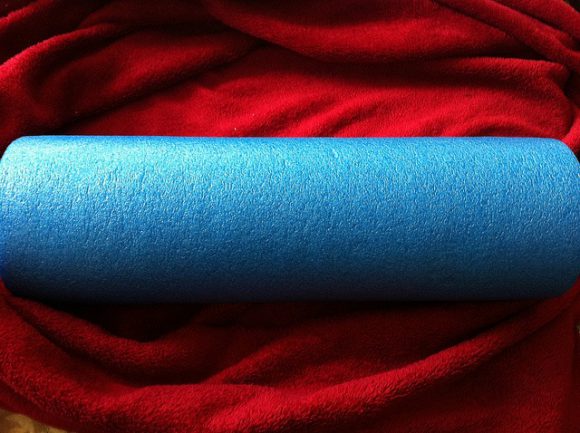 scarring. Foam rolling is a form of myofascial release (MFR) that involves the application of a low load, long duration stretch to the myofascial complex, intended to restore optimal length, decrease pain, and improve function [1].

Evidence for foam rolling (or lack thereof) I’m not being cynical. We really need to look at what the research says. A 2013 study done on 11 male subjects, tested the effects of foam 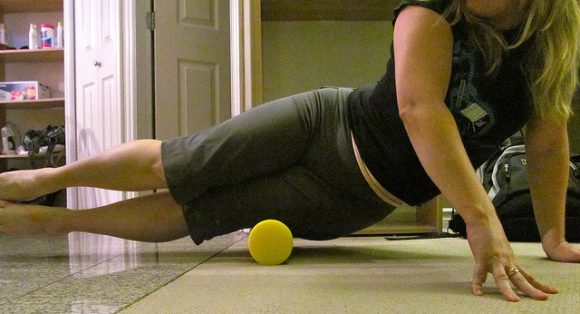 rolling (on the quads) on range of motion (ROM) of the knee joint [1]. The results were an increase in ROM by 10° and 8° at 2 and 10 minutes, respectively. In 2015, experiments were done on 8 male athletes to test the effects of foam rolling on delayed onset muscle soreness. It was found that after 10 weeks, foam rolling substantially improved quadriceps muscle tenderness by a moderate to large amount in the days after fatigue [2]. Other studies showed a similar effect, where ROM was increased and/or muscle soreness decreased [3, 4, 5].

Here’s the interesting thing, it is typically believed by many, the reason foam rolling works, is that it relaxes tight muscles, loosens adhesions formed between muscle layers, and breaks up scar tissue. Research done in 2003, suggests otherwise. It was argued that much larger forces than those produced during rolling are needed for any permanent viscoelastic deformation of fascia. But, the fascia contains mechanoreceptors which are responsive to manual pressure. Stimulation of the sensory receptors has been shown to lead to a lowering of sympathetic tone as well as a change in local tissue viscosity. So, the argument is that the benefits of rolling stem more from a neurobiological connection, and not so much as a result of mechanical manipulation.

Summary In general, it seems as though foam rolling does have benefits. Studies have shown that it can increase ROM and decrease muscle soreness after a workout. The mechanism is still being investigated, but is leaning more to a neurobiological means rather than a pure mechanical manipulation explanation. Foam rollers are cheap and can be found in most gyms. So why not try them out and see how you feel. It works well for me and would  recommend it to anyone, as long as you’re not injured.

Foam roller photo used under a CC BY 2.0 license

2 thoughts on “Benefits of foam rolling”