We’ve covered a lot on artificial sweeteners, like stevia, sucralose and high fructose corn syrup (HFCS). Although stevia is not artificial, we’ll leave it in that category, since so many classify it that way. Today we want to find out if aspartame (artificial sweetener), is bad for you. I’ll bet anything, it won’t be so black and white. But, let’s proceed anyway. At the end, you make the call.

Aspartame, most commonly known as NutraSweet or Equal, is an artificial sweetener. It is a white, odorless, crystalline powder, about 200 times sweeter than sugar. It is derived from two naturally occurring amino acids which are chemically combined. 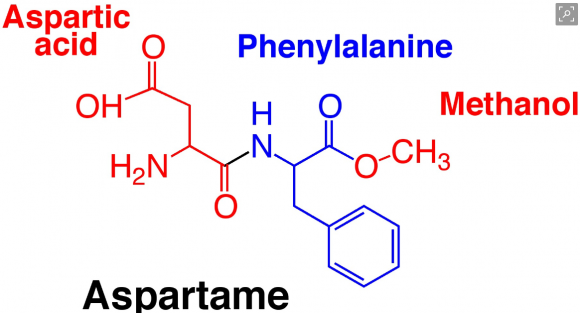 Interestingly, it wasn’t initially developed to be a sugar substitute. It was discovered by a chemist, James M. Schlatter, an employee for the G.D. Searle & Company in 1965, who was working on an anti-ulcer drug [1]. Aspartame was used as part of the intermediary stage. Schlatter, in the process of trying to pick up a piece of paper, licked his finger, which was contaminated with the substance and discovered the sweet taste.

Aspartame has been used ever since to sweeten a wide variety of foods, which include: Sugar-free ice cream, Iced tea, Fruit spreads, Sugar-free ketchup, Sugar-free cookies, Non-carbonated diet soft drinks, Diet soda, Hard candies, Breath mint, Meal replacements, Protein drinks. This is by no means a comprehensive list. Just wanted to give you an idea.

According to the Ramazzini Institute (RI), from 2005 to 2010, several of their studies that were conducted, revealed a link to aspartame consumption and cancer [2]. The issue with the RI research, is that, cancer is always found to be the end result of all their studies. Trevor 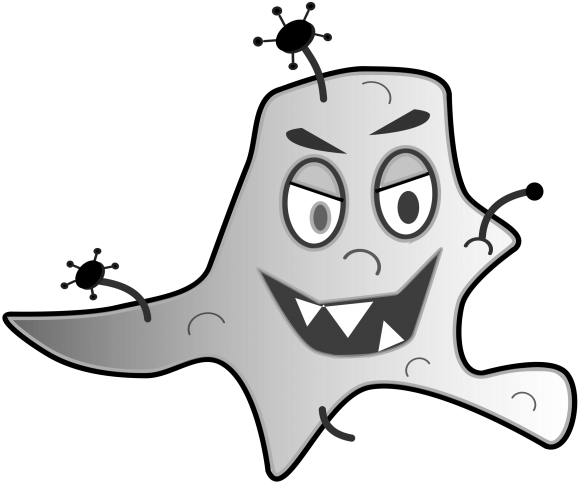 Buttersworth, who writes for Forbes has this to say:

“take aspartame, which the Ramazzini Institute declared carcinogenic in a study it conducted in 2005 and multiple studies thereafter. The European Union’s Food Safety Authority commissioned a panel of experts to examine this study as a matter of high priority, given its alarming findings; its conclusions, however, were devastating. It appeared that many of the rats were sick with chronic lung respiratory disease, which just so happens to cause the same kinds of cancer that Ramazzini attributed to aspartame.”

Now, as you can imagine, the RI defended their studies, claiming the results were solid. But, when asked to provide the data for the studies, RI, either gave partial data or no data at all, depending on the study. For me, this automatically raises a red flag. For more on Buttersworth’s article on aspartame and RI click here.

In 2007, a study analyzing previous research, found that there was no link between aspartame and cancer in any tissue of the body [3]. The 2007 study analyzed data from several case-control studies and a prospective epidemiological study with a large cohort, in which the consumption of aspartame was measured. 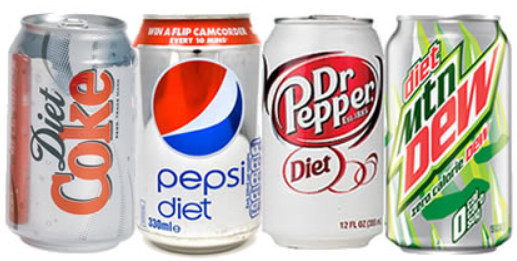 The next study, muddies the waters a bit. In 2012, the risk of cancer from consumption of aspartame- and sugar-containing soda was investigated. Over a 22 year period, the researchers identified 1324 non-Hodgkin lymphomas (NHLs), 285 multiple myelomas, and 339 leukemias [4]. Results showed,  in men, 1 or more daily serving of diet soda increased risks of NHL and multiple myeloma in comparison with men who did not consume diet soda. No increased risk was seen with women. Additionally, an elevated risk of NHL with a higher consumption of regular, sugar-sweetened soda was seen in men but not in women.

So, no risk of any kind in women, but risks in men for both regular soda and diet soda. The authors of the study, concluded that chance may have played a role in seeing the elevated risks in men and not women. In other words, no clarity here.

A 2014 study examined associations of artificially and sugar-sweetened carbonated beverage consumption (for comparison) and aspartame intake with risk of non-Hodgkin lymphoma (NHL) [5]. In the study, 100,442 adult men and women provided information on diet and lifestyle factors. During a 10 year follow-up period, only 1196 NHL cases were verified. The researchers found that daily consumption of artificially or sugar-sweetened carbonated beverages, or aspartame was not associated with NHL.

Aside from the RI, there is very little evidence for the cancer causing claims. I’ve looked everywhere for more research showing a link with aspartame and cancer and couldn’t find anything. Let’s be clear, I’m not an advocate for aspartame nor am I against the use of it. I’m just looking to find the truth. 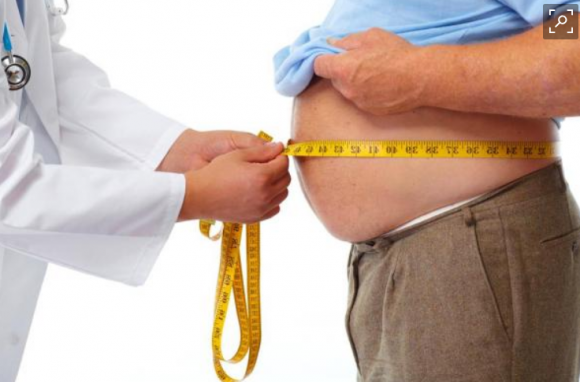 Another 2017 meta, examined 11,774 citations. From which they included 7 random controlled trials (RCT) and 30 cohort studies. The RCTs consisted of 1,003 participants and average follow-up of 6 mths. The cohort studies consisted of 405,907 participants and median follow-up of 10 yrs [7]. The results for the RCTs were, no consistent effects of non-nutritive sweeteners on other measures of body composition and reported no further secondary outcomes. For the cohort studies, consumption of nonnutritive sweeteners was associated with modest increases in weight and waist circumference, and higher incidence of obesity, hypertension, metabolic syndrome, type 2 diabetes and cardiovascular events.

So, in terms of benefits of the non-nutritive sweeteners with regards to BMI, there are none. But the cohort studies showed modest increases in BMI vs the RCTs. The cohort studies was done with a 10 yr follow up vs a 6 month follow up for the RCT. There does seem to be a lean towards increased obesity based on the RCT. Further research is needed to determine the long-term risks and benefits of non-nutritive sweeteners with an equal amount of each studies being compared, along with analysis of outcomes over a similar timeline.

In a 1994 double-blind study, 32 patients received aspartame and a placebo at different times. Eighteen completed the full protocol, seven 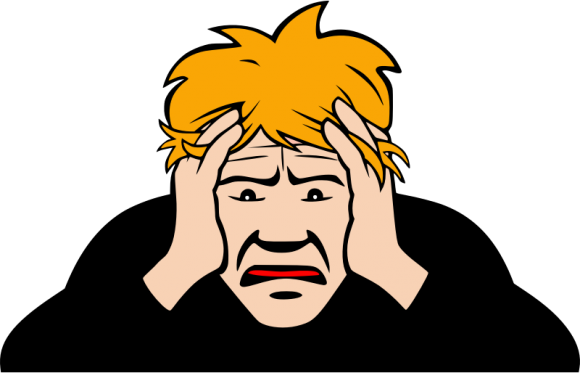 completed part of the protocol before withdrawing due to adverse effects, three withdrew for other reasons, two were lost to follow-up, one was withdrawn for noncompliance, and one withdrew with no reason [7]. The length of each experiment was 7 days.

The results showed subjects reported headaches on 33% of the days during aspartame treatment, compared with 24% on the placebo treatment. Subjects who were “very sure”, prior to the study, that aspartame triggered some of their headaches reported larger treatment differences than subjects who were “somewhat sure.” Based on this, researchers concluded, some people are particularly susceptible to headaches caused by aspartame and may want to limit their consumption.

Other studies, which include trials and meta-analysis have also linked aspartame to irritability, depression, headaches and lower performance on spatial orientation tests [8, 9, 10]. No links have been found between diminished memory and aspartame consumption.

One of the main causes for concern with aspartame was cancer. However, most of the research that points to this link comes from the Ramazzini Institute, which has proven to be spurious at best. The end result of all their studies is always cancer. Despite serious questions on their research protocols and conclusions, the RI refuses to provide a full data set often refusing to provide anything for scientific scrutiny.

With obesity, there does seem to be some link between aspartame consumption and increased BMI index along with other metabolic parameters. This is not conclusive, but warrants further investigation to provide clarity.

The most consistent result of aspartame consumption appears to be the link with mood changes and headaches. Personally, I’ve never had this particular problem, but many others do. I won’t tell you whether you should or shouldn’t use aspartame in your drinks or food. It’s up to you, based on the info provided, you decide. I’ll continue to update this post as more info comes to light. If you come across something that provides more clarity or contradicts anything stated here, let me know. Don’t just criticize and disagree for the sake of it, provide a link to the source of your info. In other words, back it up. Till next time….

4 thoughts on “Is aspartame bad for you ?: The science based truth”