I’m sure you’ve heard of cortisol by now. That evil hormone that comes out when you’re stressed and promotes fat storage and muscle breakdown. Right?….ehh…hmmm…not so fast. Cortisol does

not really work the way most people think. This like any other hormone is neither good nor bad. It has a role to play in the human body. It is only when we abuse certain things and have prolonged elevated levels of cortisol, that we begin to have problems. I’m gonna shed some light on this hormone and hopefully at the end of this post, you get a better picture of what is is and what it really does. We’ll start with the basics….and away we go.

What is Cortisol? Cortisol is a steroid hormone and belongs to the glucocorticoid class of hormones [1, 2]. Glucocorticoids of which cortisol is the main one, help the body cope with stress. Cortisol is produced in the adrenal cortex by the adrenal gland. In general it inhibits protein synthesis, stimulate release of fatty acids and causes the liver to create glucose from non carbohydrate nutrients.

How does Cortisol work? Now we get into the crux (yes, I said crux…look it up) of the matter. So, back in the day when Ug (I dunno…let’s just pretend that was the name of a prehistoric man) was faced with a saber-tooth tiger and he needed to fight or run away, he had to have extra energy for this. In response to the stress, cortisol is produced, which causes a large rise in glucose, fatty acids and amino acids. The idea is that, cortisol will help conserve glucose for the brain. In so doing, it mobilizes the fatty acids, and causes the break down of protein to produce glucose needed for energy, which is shuttled to cells at a faster rate than normal. Now this makes sense, because if you need to run away, or fight, you will need more energy/glucose than normal and it has to be delivered quickly. Cortisol production in these situations is supposed to be short lived. But what happens when there is no fight or flight scenario, but you’re still highly stressed due to everyday living? Well, nothing good, as we’ll soon find out.

Accumulation of fat Another consequence of increased cortisol or chronically high levels of cortisol, is the accumulation of central fat (fat around the midsection) [6, 7]. As mentioned earlier, 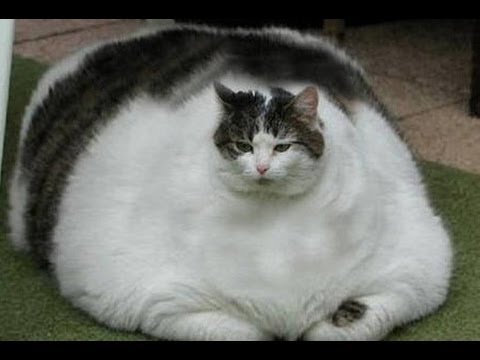 cortisol causes the body release fatty acids and amino acids to be converted into glucose for the fight or flight response. Appetite is also suppressed in this process. Now, in our everyday activity, if we’re constantly stressed, there is all this extra glucose that never gets used, since their is nothing to fight against or run from.

Once the stress is reduced, the cortisol lingers to restore the body to its normal state. This includes increasing appetite to replace the glucose that was supposed to be used for fight or flight. You see the problem here? We’re constantly hungry and feeding ourselves to replace something that hasn’t been used, leading to excess calories and weight gain. Cortisol also tends to encourage fat storage around the midsection. Now, along with this, comes another problem.Since the excess glucose is never used, this results in constantly elevated blood sugar levels.

Diabetes The body tries to deal with the excess sugar, but cortisol also suppresses the insulin response and there is no uptake of the glucose in the blood [8, 9]. This is known as insulin resistance and the overall condition is know as Type 2 diabetes. This is the most common form of diabetes. Remember you need glucose to fuel the body, if it remains in the blood, then you won’t be able to function properly and will be tired all the time.

Muscle loss What about muscle building or degeneration? “I’m a bodybuilder, I need to 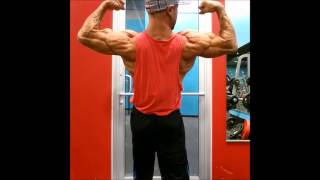 Why? I don’t know. But, it seems as though worrying about short term levels of cortisol is a waste of time. Another study showed that short term (<4 weeks) training lead to increases in cortisol, but at the 12 week mark, cortisol levels decreased. This occurred as the participants adapted to the training regimen [13]. Having said that, the best responses to the training were in the groups that supplemented with carbohydrates and amino acids vs either supplement, individually, or the placebo group with no supplement. All groups lost the same amount of fat (and gained muscle), but the largest muscle gains occurred in the group that had both carbs and amino acids. Sounds about right. With enough glucose in the body from the supplements, cortisol levels were generally lower, thus sparing the existing muscle. But, just to remind you, the placebo group still gained muscle. So for best results, having a good pre-workout with complex carbs and proteins, should aid in developing muscle.

Summary There you have it folks, cortisol is necessary for fight or flight situations, and extreme stresses placed on the body during workouts. The problems arise when cortisol levels are chronically elevated. What can we do about it? Well it’s easy to say don’t get stressed out. But putting that into practice, takes…well practice. Meditation, relaxing music, adequate sleep…and other things that calm you down, will help lower cortisol. I’ll do another article on how to lower cortisol soon. So look out for it. Till then, RELAX….