That’s obvious. I should stretch before and after a workout. Why would you even need to write a post about this?….huh Mr. Goat?…huh? By now you should know, that if I am writing about it, then it’s not so obvious. I learnt this one years ago, but when I go to the gym, I see people always stretching before lifting, or cycling, or….talking on their cell phones. I’m not even joking about that last one. Some morons go to the gym and spend most of their time talking, messaging, and/or taking selfies, whilst they pose next to any leg machine (why leg? I dunno). But that’s a rant for a different day. Now, there are static stretches and dynamic stretches..for the most part. Most gym buffs do static stretches before their workout of choice, be it muscle, fingers or mouth (cell phone for the last two).

What’s wrong with static stretching?. Studies have shown that, static stretches before exercises or any athletic endeavor does not prevent injuries or is beneficial for improved performance [1, 2, 3, 4]. In fact, it has been shown that active dynamic warm-ups involving resistance machines (leg extensions) or free weights (squats), 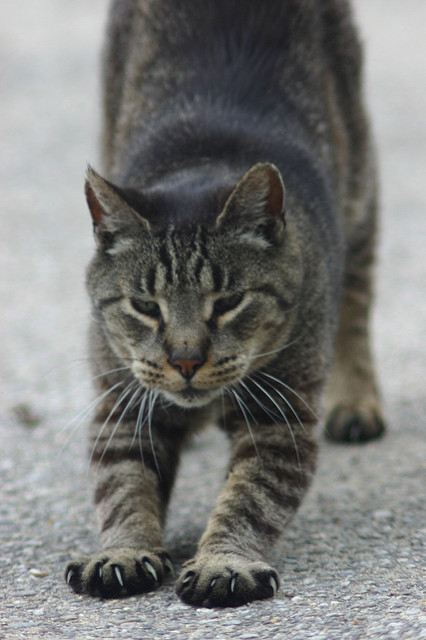 were better for subjects than static stretching. The participants who did static stretching had a lower 1 rep max, when squatting and less lower body stability, when performing the squat. It should be noted that subjects were tested in each protocol after a 48 hr break, so that they were sufficiently rested and hydrated. Static stretching consisted of 3 sets of 10-second stretches for the quadriceps, hamstring, calf, abdominal, and lower-back musculature [2].  A meta analysis of multiple studies failed to show a link between static stretching and exercise performance. The study found that short duration stretches (< 30 s) had no detrimental effect on performance, but, stretching beyond 60 s had detrimental effects on exercise performance [5]. Performance was defined as, improvements or reductions in strength, power or speed. In general, the research does suggest that stretching after exercise or any other time is beneficial and increases range of motion (ROM).

I would still take this with a grain of salt. If you’re a ballerina, or some other performer where flexibility or ROM is important, 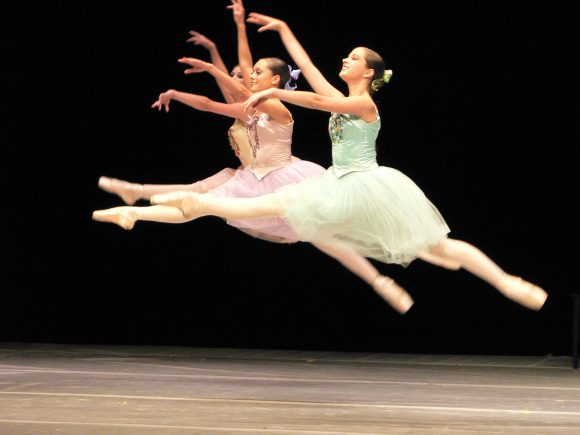 doing static stretches before a performance might not be a bad thing. ROM is improved, and the decrease in strength might not necessarily be enough to hinder performance. In the case of an athletic event or competition, where you need maximum power, speed or strength, this approach might not be favorable.

If I’m weight lifting, I won’t stretch before I work out. I will stretch after, and to be honest in my personal experience, I’ve found not stretching, to be better. What most people do, myself included, is perform a few warm-up sets with light weights, before the actual lift weight. This gets the blood flowing and helps warm-up the actual muscles that I need to perform the lift. I also get a chance to make sure I have good technique.

Now, here’s a type of stretching that seems to be beneficial at anytime, before, during, after exercise, it doesn’t seem to matter. Dynamic stretches, include lunges, arm swings/ rotations (forward and backward), leg swings (forward and backward) etc…Dynamic stretching, is gentle and generally takes you to the limit of your ROM in a progressive manner (gradually increase ROM). This is done in a very controlled manner. A study on benefits of dynamic vs static stretching, on vertical jump performance, at Wichita State University, has shown that dynamic stretching increases performance 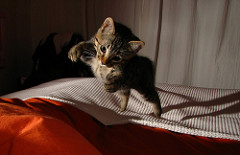 compared to static stretching. There were various theories put forward for why this was so. Static stretching causes a more compliant muscle tendon unit which prevents muscles from being able to store as much elastic energy in its eccentric phase which decreases the amount of force produced.

P.S. The Healthy Goat was last seen running out of a yoga studio near Union Square. He was trying to get his yoga stretch on. The trouble started during the downward dog routine. Let’s just say, the woman and man in front of him were on the horns of a dilemma about what to do with him when they caught The Cheeky Goat.

Photo of Cat stretching by grendelkhan/ CC BY 2.0 Generic