Is it? Well, it depends on what you’re comparing it to and the quantity being used. I wanted to talk ab

out this, because I’m tired of telling people that sugar is sugar. It doesn’t matter if it’s fruit sugar, table sugar or high fructose corn syrup (HFCS). Yeah, you heard me, just as bad as corn syrup. The ones who tend to be the most argumentative are the so called “health nuts” or “health experts”. Recently I have heard some arguments from people with strong convictions (not strong evidence) about the healthy fruit sugar added to foods vs anything else. So, I figured that I would do a little more research on the matter and check to see who is full of shit (shit, I meant sugar), me or them. Either way, by the end of this post we are going to find out.

What is HFCS? Good question (Mostly ’cause I asked it). HFCS is derived from corn, with the main types consisting of 42% fructose or  55% fructose along with glucose, dextrose, and minor amounts of oligosaccharides (basically, simple sugars) [1]. This is known as HFCS -42 and HFCS-55. Now, there is also HFCS-90 (90% fructose), which is rarely ever used and usually in very small 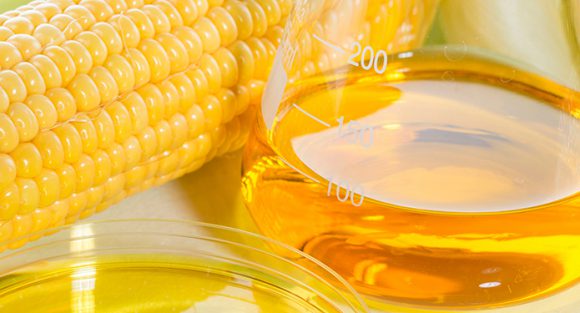 quantities. It is called high fructose, not necessarily because it has a higher fructose content than table sugar/sucrose (50% fructose and 50% glucose), or fruit sugar, but because the previous version of corn syrup was mostly glucose. So, by comparison it has a higher fructose content. Other than the percentages, what is the difference between the more commonly used HFCS-42/55, and table sugar or fruit sugar? Well HFCS has unbonded fructose and glucose layers, whereas table and fruit sugars have the fructose and glucose bonded to each other. FYI, fruit sugar has varying percentages of glucose and fructose depending on the fruit. On average, roughly 40 to 55% fructose. However, there are outliers, with 65% fructose in apples and pears and 20% fructose in cranberries.

What does the research say? The research is pretty interesting, to say the least. Several studies have shown the negative effects of consuming fructose and made comparisons to glucose consumption. The results show that fructose promotes dyslipidemia (increase in cholesterol and triglycerides), decreases insulin sensitivity, and leads to increases in visceral adiposity [2, 3, 4, 5]. When compared to glucose, one study showed that consuming fructose-sweetened and not glucose-sweetened, beverages increases visceral adiposity and lipids and decreases insulin sensitivity in overweight/obese people [2].

Death knell for HFCS? This is bad for HFCS, isn’t it? Not really, remember, the commonly used forms of HFCS (42% and 55% fructose) have both fructose and glucose which is not that different from table or fruit sugar. The studies, only looked at, either pure fructose vs nothing, or pure fructose vs pure glucose. Many studies compared HFCS to sucrose and showed that they were similar, in terms of their effects on the body, with glucose being slightly better [6, 7, 8, 9]. Sure, HFCS does have a negative impact on the body, but so does table sugar.

But, but, what about the Princeton Study? Now, I know some ‘egg head’ (It’s a joke…get over it) is going to bring up the 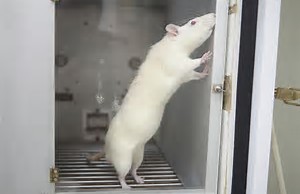 controversial Princeton Study [10], which suggests that HFCS is more likely to lead to obesity than sucrose. In this study, mice were fed 12 h/day of 8% HFCS, and 12 h/day 10% sucrose, and gained more total body weight (and abdominal fat) with HFCS than with sucrose. The complaint about this study (as it relates to our concerns), is that they never stated the starting weight of the mice. The researchers defended this by saying that ‘they were weight controlled’, meaning their starting weights were, essentially, the same. Now, if this is such a point of contention, then the researchers should simply state what the starting weights were. Not sure why they still won’t.

A more recent 2017 study [11], using a similar setup with 8% HFCS, and 10% sucrose, showed the opposite effect. The mice gained more overall weight with the sucrose, than with HFCS. Not a lot of evidence to show that HFCS is worse than regular table sugar.

Well, fruit sugar is healthy…isn’t it? As stated earlier, there is not much difference between sugar in fruit vs 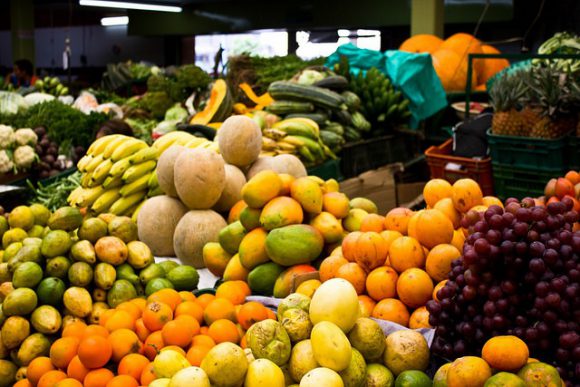 table sugar or HFCS…depending on the fruit. But, all the health ‘gurus’ (nuts) say that eating fruit results in less of a blood sugar level spike than drinking a can of soda, sweetened with HFCS. So what? Listen, this is a ridiculously unfair comparison. First, a can of soda has a hell of a lot more sugar, in it, compared to a fruit (pretty much any fruit). Second, when you consume fruit, you consume fiber, water, nutrients…etc. vs basically sugar and water, in a can of soda. So, naturally a fruit will take longer to digest, resulting in less of a spike.

Listen carefully, I will only say this once, take the fruit sugar out of the fruit (to sweeten something), and it is simply added sugar….stop calling it fruit sugar. It’s not as though the nutrients and fiber go with it. It’s just bloody sugar.

Final thoughts Look, stop arguing about which sugar is worse, and stop thinking that  something sweetened with fruit sugar or table sugar is more healthy than HFCS. I will admit that HFCS might be a little bit worse than table sugar, but they are all, more or less, the same thing with negative metabolic effects associated with the lot of them. Sweetening something with ‘fruit sugar’ is not healthy just ’cause it comes from a fruit.

Take the fruit sugar out of the fruit and you have, plain ol’ sugar. If you want an alternative, you might want to look into stevia. In general the key to better health, is too simply cut down on your sugar intake…period.