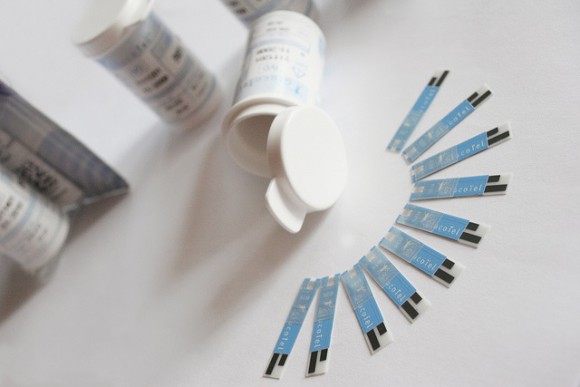 So, you have type 2 diabetes. You didn’t get it by accident. You got there due to bad diet choices. You really have yourself to blame and nobody else. Now, once you recognize that your choices got you here, you need to realize that your choices can get you out. It is very much possible to reverse type 2 diabetes in the early stages and slow down progress in the later stages. In most cases you can at least manage it without medication. It’s all based on diet and exercise.

I mean, do you really want to inject insulin everyday? Also, did you know, that it is possible to progress from type 2 to type 1 diabetes (insulin producing cells are dead) with conventional medical treatment. Why do this when you have perfectly safe and  natural ways of dealing with it. C’mon are you really that lazy, that you won’t even consider changing your diet and adding a little exercise to your day? For those of you who want to make this change, read on, for the rest…I just don’t care. I mean, why should I? You have options and you won’t even consider them? Naah…not my problem.

What is type 2 diabetes? When we eat, our bodies break down or digest food which introduces sugar (glucose) into the blood stream. In order to use this glucose for fuel, insulin is produced,

which in a nutshell, signals cells to open the gates and let the glucose in.

When we consume too many sugary foods, on a regular basis, the body tries to deal with the excess sugar by making the pancreas produce more insulin. Eventually the pancreas can’t keep up and when insulin is produced you become resistant to the effects, and the signal to open the gates is ignored [1]. This known as insulin resistance (what else would you call it?) and the overall condition is know as Type 2 diabetes.

This is the most common form of diabetes. Remember you need glucose to fuel the body, if it remains in the blood then you won’t be able to function properly and will be tired all the time.

Symptoms of Type 2 diabetes The symptoms usually start gradually and are easy to mistake for other things like the flu or just not getting enough sleep. Here are the major symptoms of Type diabetes:

How to reverse/manage type 2 diabetes The typical go to, for type 2 diabetes, is medication. I won’t say much about it here, but usually people take insulin or drugs that trigger beta cells in the 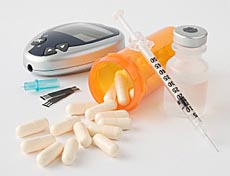 pancreas to produce more insulin. There are others that makes a diabetic more sensitive to the already existing insulin. But if you’re not so far gone as to have destroyed insulin producing capabilities of the pancreas…or even if you are, you can still benefit from natural treatments to help with your diabetes and make you less dependent on medication.

Exercise has been known to have a positive impact on people with pre-diabetes to full diabetes (Type 2), where there was full remission to reduced intake of medications. Not everyone in every study had a full remission, but at least there was some benefit observed in all cases [2, 3, 4]. It also wards off, or prevents the onset of diabetes. It is recommended to exercise at 40-60% of VO2 max (maximum aerobic capacity) which is considered to be mod

The research has shown that this has a big impact on blood glucose levels, and intensities greater than 60% have even more benefits with regards to blood glucose control. As with anything else, start of slowly and work your way up to more rigorous training. Make sure to consult with your doctor before starting an exercise regimen, especially for those who don’t normally workout or haven’t done so for years.

Now, what about diet? Well, dietary restrictions or calorie restriction has resulted in positive effects on pre-diabetics and diabetics alike. Studies have shown that calorie restriction and weight loss can normalize insulin sensitivity and restore the insulin producing ability of beta cells in the pancreas. Supplementation with berberine (a type of ammonium salt), which is found in Oregon grape and tree tumeric was shown to increase insulin sensitivity and reduce blood glucose levels [5, 6, 7].

Take away So it would seem, based on what we’ve covered so far, that the best non medical approach to type 2 diabetes would be a combination of diet and exercise. I’m not saying to just throw out the medicine. Just try eating a low refined carb/ low sugar diet and increasing your exercise regimen to at least moderate intensity (brisk walking, 3 times a week) and see if it helps. You can do this whilst gradually tapering the use of medicines.

Talk to your physician and let them know what you’re doing and carefully monitor your blood glucose levels as your progress. Of course, there might be severe cases where medication is a must, but there are other benefits to exercising and losing weight. So, you should make the attempt to do it anyway. Most people can control their type 2 diabetes by just losing a few pounds and monitoring their sugar intake, if not completely reverse it. Before you condemn and criticize, give it a try and see how you feel.

Photo of diabetic strips by bodytel used under a CC BY ND-2.0 license

Photo of diabetic_ meds used under a CC BY ND-3.0 license

Photo of sugar cube by Eduardo García Cruz used under a CC BY ND-3.0 license

Photo of woman walking used under a CC BY 3.o License

10 thoughts on “How to reverse type 2 diabetes naturally ?”