Usually when we hear about insulin, it’s always in relation to diabetes and diabetics. Most people seem to know to avoid too many sugary foods which can lead to insulin insensitivity and diabetes. That’s the extent of it. But there is a whole lot more to this hormone than meets the eye. Insulin is important to many bodybuilders and has other roles besides regulating blood sugar levels. Huhhh….hold the phone…bodybuilders you say?…Yes, some bodybuilders love insulin. The average Joe (…or Josephine) won’t know this, if he (she) is not into weightlifting. Hell, some gym rats don’t even know how insulin influences muscle growth. So, what does insulin do? Well, let’s start with, what it is, and then we’ll figure out the rest.

What is insulin? Insulin is a hormone produced in the pancreas by the islets of Langerhans. It is a protein made up of two chains, consisting of 51 amino acids. Insulin has more than one function. It accelerates glucose uptake in tissues, prevents glucose synthesis and inhibits the breakdown of lipids, carbohydrates and proteins [1, 2, 3]. Let’s look at how insulin works in relation to regulating glucose levels in the blood.

How does insulin regulate blood sugar? When we eat food, especially carbs and sugars, the glucose levels in the blood goes up. This glucose is used as energy by the cells, and therefore needs to be taken out of the blood stream and moved to these cells. Insulin facilitates this process by increasing the number of glucose transporters (Glut4 protein) at the cell membrane for both fat and muscle cells [3].

As the name suggests, the proteins transport glucose to the cells where it can be absorbed. Now, some people refer to insulin as a fat storage hormone for two reasons. When insulin is released it prevents the breakdown of lipids or fats (prevents glucose synthesis) and “opens the gates” of the adipose tissue (fat cells) for fatty acid uptake and fat storage. They can also take in glucose and amino acids and convert them to fat for stora

ge. So, on the surface it seems that insulin or insulin spikes after eating promotes fat storage. Now, bear in mind that once the glucose levels in the blood goes down, so does the production of insulin. When you eat, your body uses the food as it’s fuel source first, so it shuts down the break down of stored body fat for fuel. Now, the fat gained is really due to an excess of calories…what your body doesn’t use, is shuttled into the adipose cells and stored as fat. Like I said before, once glucose levels go down, the insulin levels go down, and your body will begin too once again, break down fats for glucose as well as use the existing glycogen stores for fuel. It still boils down to, net number of calories. So, yes, right after a meal there is a spike, and fat preservation, but you have to examine the effects over the course of an entire day. Insulin goes up and down several times during the day and when it goes down and calories from food is exhausted, you will resort to stored glycogen and fats for fuel. Insulin is also important for protein synthesis. Bodybuilders have known this for a long time.

How does insulin help with building muscle? Insulin creates an anabolic environment, which means that it helps with protein synthesis, muscle maintenance and muscle 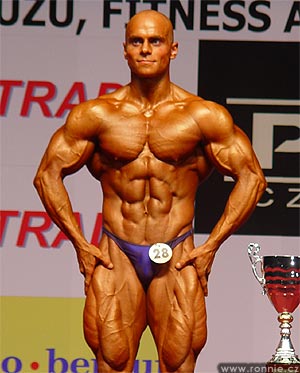 growth. I asked, how?…hold on, I’m getting to it. Insulin allows for the muscle cells to take in glucose and amino acids. The glucose is used to fuel a weight lifting workout and the amino acids are used to build and repair muscle and prevents muscle breakdown. A number of bodybuilders are using insulin, both pre- and post workout, to fuel their weight training sessions and increase amino acid uptake by the muscle. These guys either inject or take extra insulin orally. I in no way advocate taking insulin as part of your workout regime, even if you’re being monitored by a doctor. This information is being provided so you can better understand what insulin does. Just needed to make that clear. The way bodybuilders use insulin is a complex balance of timing and consuming the right combination of carbohydrates and proteins at the exact right time. This use of insulin could lead to becoming diabetic in the long term or having very low blood sugar levels (hypoglycemia) in the short term. Very low blood sugar levels leads to dizziness, fatigue, drowsiness, blurred vision and some other bad stuff. I think you get the picture. It should be noted, that this insulin use, started to permeate the bodybuilding scene in the 90’s and was not present in the days of Arnold, Zane, Ferrigno, Oliva and others.

Summary I hope you have a better understanding of how insulin is produced and how it works. This post was not meant to be about diabetes and its prevention. There is a ton of information about that floating around the internet. So, for those of you who spend time worrying about insulin spikes and how it affects your diets…don’t. Spend time cutting back on junk foods. Cut out the sugary foods and refined carbs which has a ton of calories. That still doesn’t mean you should pig out on foods with lots of proteins, fats and complex carbs. If your body can’t use the excess calories it will store it as fat, period. But, at least with proteins, complex carbs and fats you feel satiated faster and will tend to eat less.

P.S. The Healthy Goat was last seen lurking around the set of a ridiculous tv show (The B_gg_st Lo_er). Coaches and management were complaining about sharp piercing pains in their stomachs. The Healthy Goat couldn’t understand why everyone was angry. He just tried to help them with their insulin regulation, by head butting them in their tummies. It makes as much sense as what they encourage for healthy weight loss…which is none. Okay, so that didn’t really happen. But someone needs to get that garbage of the air.

9 thoughts on “What does insulin do?”