Ahhh yes, the question that everyone wants to know at some point in their weight lifting program/career. Either newbies, hungry for big 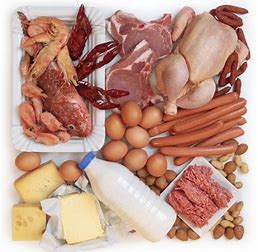 muscles, or more experienced lifters looking for every advantage for even bigger gains. “More is better”, or “no, less because the excess is wasted,” amongst other convoluted answers.

Some based on bro-science, complete nonsense (see bro-science), and others based on some elements of science, taken out of context or misinterpreted by people who don’t understand how to read research.

What do you do? That’s why I’m here. I’ll do the leg work, present the findings and give some insight into what they mean. Warning, there is no single concrete answer, things tend to be situation specific and body type specific. Keep reading, it’s not going to be what you think.

Seriously? Yeah, seriously. Let’s start from a common base or understanding, then we can go from there. Proteins are macro molecules made up of hundreds or thousands of sub units, known as amino acids. These consists of carbon, hydrogen, nitrogen, oxygen or sulfur, combined to 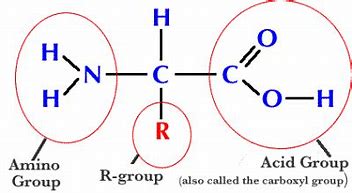 form a molecule. Amino acids are attached to each other to form longer chains. There are 20 different types of amino acids that can be combined to make a protein [1].

With me so far? Nothing too technical, just the basics. Now for the uses and functions.

Proteins are needed for antibodies, enzymes, structural support, signaling, transport, amongst other cellular functions. What about muscle? That’s included in structural, along with cartilage, collagen, keratin, elastin…So, not just for muscles. I need you to understand that.

For some reason, strength and conditioning people, bodybuilders, and athletes, seem to only look at protein in terms of muscle building and maintenance. You would think, from listening to them, that protein/amino acids, have no other functions/uses.

This will be answered in the context of building and maintaining muscle mass for the most part. Let’s examine the research. Not only research on how much total, but how much in one meal or shake or snack…you get the idea. All at once, or in smaller components. Just remember, protein is also used for other functions.

Let’start with the 2013 paper published in the Journal of  Physiology [1]. Twenty four, healthy trained males were assigned to 3 groups, with participants/group. They were fed a diet of 80 g of protein during their 12 h recovery period after a workout. All subjects had at least 2 years of high‐intensity resistance training experience (≥2 times per week) and had an average age of 25 yrs. 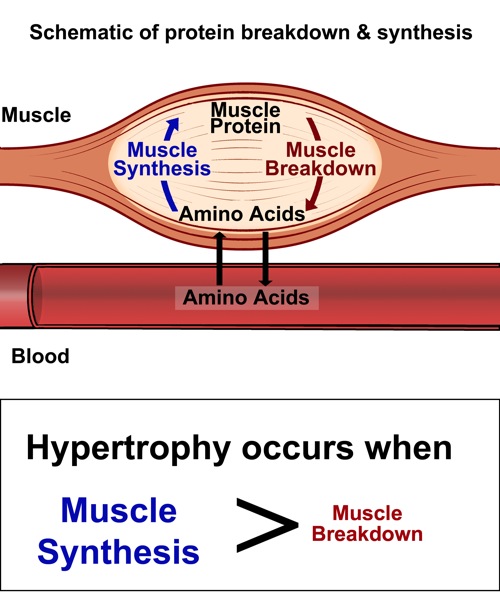 or BOLUS feeding patterns for stimulating MPS throughout the day.

Now this only shows, that for these individuals, 20 g was superior. This certainly doesn’t mean that the extra protein is wasted. It may have been used for other functions. Wasted as far as MPS perhaps, but not in general. So don’t get carried away, protein is also used for other things, which this study did not examine, nor was it the point.

After exercise, participants consumed, in a randomized order, drinks containing 0, 5, 10, 20, or 40 g whole egg protein. Protein synthesis and whole-body leucine oxidation were measured over 4 h. It was found that 20 g of protein is sufficient to maximally stimulate MPS after resistance exercise. Beyond this oxidation takes place.

Fast forward to 2016 and we have a study that shows the opposite. Thirty healthy, resistance‐trained (≥2 sessions per week for previous 6 months) males participated in this study and were grouped according to Lean Body Mass (LBM). Those with LBM ≤ 65 kg were categorized as the lower lean body mass (LLBM) group and  LBM ≥ 70 kg were categorized as the higher lean body mass (HLBM) group [3]. 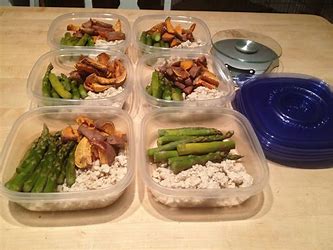 exercises were performed for both legs unilaterally, that is, one leg at a time.

The results showed a greater stimulation of MPS following ingestion of 40 g compared with 20 g of protein after total body resistance training.

Interestingly enough the same group reported the opposite outcome in a previous 2014 published paper [4]. They found that 20 g was enough to to maximally stimulate MPS and anything beyond resulted in amino acid oxidation and ureagenesis. The methodologies were similar in both studies. The only difference being, in the 2016 study, whole body resistance training was performed vs lower limb resistance training in the 2014 paper.

Another 2016 paper showed the results of MPS for 40 g and 70 g of protein per meal. The resistance exercises consisted of 3 sets of 10 repetitions of bench press, lateralis pull-down, leg press, and leg extension each at 80% of 1 repetition maximum. Each set was completed within 30 s.

The researchers found that MPS was not higher with the 70 g vs 40 g dose. However, overall Protein Synthesis (PS) was achieved with the 70 g dose. This means that the “excess” protein is being used in tissues, other than muscle, such as the gut. Stimulation of gut protein synthesis is potentially beneficial, particularly in a situation where MPS has been already maximized. They proposed that proteins retained in the gut can be released into the circulation as a consequence of gut protein turnover and then be used for MPS later on. An example of this would be during the overnight fasting state.

Take away Well, it seems as though, for a whole body workout, you can get away with as much as 40 g of protein per meal for MPS, provided the whole body is being trained vs a portion, for example, just legs. Now of course, this will vary depending on the individual. In a nutshell 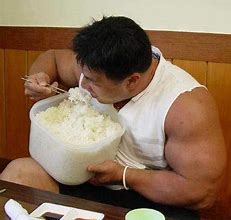 more muscles worked more protein required, up to a point.

Anything in excess of what is required for MPS, (ex. 70 g in the studies presented) is not necessarily wasted. The gut can hold on to this and release as needed during fasted states, such as sleeping. Whilst their might be some oxidation, it doesn’t mean you can’t or shouldn’t eat more than the previously recommended 30-40 g.

It seems to me, as long as you’re hitting your daily requirements, dosing doesn’t matter that much. Let me repeat, if your daily requirement is say, 200 g of protein, however you get it during the day doesn’t seem to matter that much, but anything beyond the 200 g will be wasted and passed out, or converted to fat. It would make sense to probably not go as high as 70 g in one sitting, as there is potentially some oxidation, but I wouldn’t worry too much about dosing in general.

That begs the question, then…what’s the recommended amount for the day? Let’s find out.

A small 2017 study examined the protein requirement of 8 trained bodybuilders (means ± SDs: age, 22.5 ± 1.7 y; weight, 83.9 ± 11.6 kg; 13.0% ± 6.3% body fat). One tested outcome was to determine whether, The Institute of Medicine’s (IOM) assertion, that “no additional dietary protein is suggested for healthy adults undertaking resistance or endurance exercise” was valid [5].

Using the indicator amino acid oxidation (IAAO) technique, the results showed that on the non-training days, the estimated RDA for the bodybuilders was ∼2.2 g · kg−1 · d−1 ,  which is ∼2.6 X greater than the current RDA, from the IOM, for protein.

In 2018, Aragon and Schoenfeld published a paper addressing the amount used in a single meal and required for an entire day [6]. This was based on a review of previous studies.

They concluded that total daily protein intake for the goal of maximizing gains in muscle mass and strength is approximately 1.6 g/kg, in non-dieting conditions. They also wisely cautioned that this should not be seen as a hard and fast rule. This conclusion based on a study that reported an upper 95% confidence interval (CI) of 2.2 g/kg/day [7].

Aragon and Schoenfeld also pointed out that programs need to be tailored to the needs of the individual. As an elegant solution, but by no means written in stone, they proposed:

“a target intake of 0.4 g/kg/meal across a minimum of four meals in order to reach a minimum of 1.6 g/kg/day – if indeed the primary goal is to build muscle. Using the upper CI daily intake of 2.2 g/kg/day over the same four meals would necessitate a maximum of 0.55 g/kg/meal.”

They also acknowledged that intakes exceeding 20 g results in more oxidation of amino acids, however this does not happen to all “excess” proteins.

Take away It would seem that consuming between 1.6g/kg/day and 2.2g/kg/day would be the most effective practice. Not that less won’t work…or more. This just being an optimal range for resistance trained athletes. Newbies, most likely would not require as much.

As long as you’re consuming within your daily protein requirements, how much protein ingested per meal isn’t that critical as people think. The excess protein not being utilized for muscle protein synthesis, will be either used for other processes, or absorbed by the gut for potential use later. Yes, some oxidation will take place, but you’ll be fine.

The recommended amount for convenience is between 1.6g/kg/day and 2.2g/kg/day, over 4 meals for promoting muscle growth. Less or more 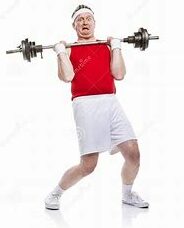 should be fine. There are studies that show as low as 0.8g/kg/day and as high as >3g/kg/day.

All of this depends on the individual. Newbies generally require less than trained lifters and older people. So what do you do? I started on the lower end of the range (0.8g/kg/day) and saw some improvements, then went up to 1.2/1.3g/kg/day. This works fine for me, as of now. I’m not looking to be a bodybuilder, and this suits my needs. I increased protein intake and muscle mass without much increase in fat.

Off course my approach wasn’t highly scientific, I looked in the mirror to decide if I was gaining fat. I looked more cut and the scale tells me I weigh more. This leads me to believe that I gained muscle mass (and strength) and my approach works…for me. You do you. If unsure, start at the lower end of the range and work your way up.

3 thoughts on “How much protein do I need to build muscle?”