Good question, there are so many misconceptions regarding cholesterol in terms of what it is, what it does and where it comes from. Most people only seem to know that LDL cholesterol is bad and leads to heart disease, whilst  HDL cholesterol is good and helps prevent heart disease. So everyone is busy trying to lower their LDLs and raise their HDLs. But things are not as simple and clean cut as you may think. We’ll do a little  digging and try to really understand what cholesterol is, why we need it and discuss what  the real culprit behind heart disease is.

What is cholesterol? Cholesterol is a type of lipid steroid, which is a waxy substance produced primarily by the kidneys with small amounts being produced by cells in the body and lining of the small intestine. It is a precursor for vitamin D and adrenal and gonadal steroid hormones (cortisol, aldosterone,  progesterone, estrogens and testosterone) as well as bile acids [1, 2].

Okay, so for a simple blood test, I only see the total cholesterol, the HDL and triglycerides. But where is the VLDL?  Well first, your LDL is calculated by the Friedwald equation: LDL= Total Cholesterol-HDL-(Triglycerides/5). Now, the “Triglycerides/5” is an indirect way of calculating the VLDL in your blood. So there you go, all present and accounted for. How accurate is this? that’s another story. So, what about good cholesterol and bad cholesterol?… Not so fast, let’s look at what lipoproteins do.

What do the different liporpoteins do?

VLDL: These contain the most triglycerides and is used to transport them to fat cells (adipose tissue) where they are stored. As it releases the triglycerides, it becomes smaller and more dense and transforms into LDL.

LDL: These contain mostly cholesterol and are generally used for steroid synthesis and cell membrane construction [4].

HDL: These  generally act in such a manner, as to return free circulating cholesterol to the liver and kidneys for conversion to bile acids, which are then excreted or reabsorbed and recirculated. This is otherwise known as reverse cholesterol transport (RCT) [4]. 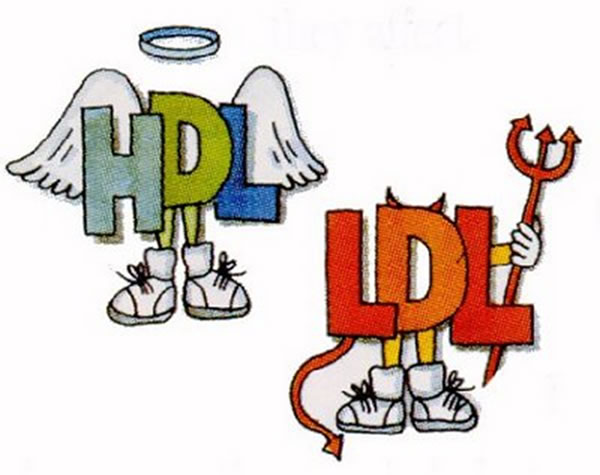 terol, that we are interested in, are contained in LDL and HDL. LDL known typically as the bad cholesterol and HDL as the good (for convenience we will say HDL and LDL in reference to cholesterol) .

Let’s start with HDL. As mentioned earlier, HDLs return the free circulating cholesterol to the liver. So it’s basically acting like a cholesterol scavenger. The higher the number of HDLs the better. Now the LDLs are the ones that are transported to cells and tissue that require it. Excess LDLs results in them being absorbed into the lining of the arteries, where the cholesterol can be easily oxidized. This means they can form a plaqu 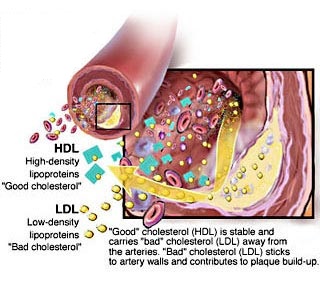 e in the lining of the arteries (endothelium) and in time this leads to clots and blockage , resulting in a heart attack. So, these days we talk about HDL to LDL ratios. As long as we have a much greater HDL to LDL number your doctor is generally happy, because the HDL can scavenge and get rid of the excess bad cholesterol. So, overall cholesterol numbers, more or less went out the window. Ratios are now the rage.

Causes of excess LDLs  The recommendation is that we must lower cholesterol levels (LDLs) to be healthy. This has now become the focus for avoiding heart problems. But, what causes excess LDLs in the blood? Let’s take a look and see where it may or may not come from. We’ll look at factors that are not genetic. Sickness (flu, infections, etc.) and injury produce an inflammatory response, which causes LDL concentrations to increase. This is quite normal, as they are needed to help repair and maintain cells. So unless your immune system is severely compromised, this should not be a problem as you recover and heal.  Guess what else causes inflammation?…go on guess…give up?

Yes, the foods you eat. If you’re constantly eating sugars and simple carbs, then you will be in a state of chronic inflammation [5, 6]. So, how does this work? Well, the sugar and carbs 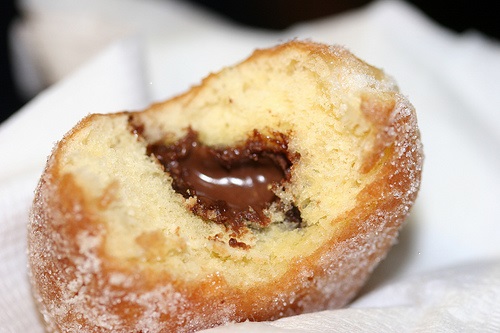 causes a spike in blood glucose and lipid levels after a meal and causes oxidant stress.  This results in an increase in free radicals, leading to changes in the body, which include inflammation and endothelial dysfunction[6]. The LDLs as mentioned before, are there to help in the repair process of cells, but excess LDLs when oxidized and embedded in the walls of the arteries exacerbate the inflammation. See the cycle?…chronic inflammation leads to excess LDLs…which exacerbates the inflammation…which leads to  LDL production. Again, this leads to plaque formation and eventually heart disease (Yes, I mentioned it before…but it’s worth repeating until you get the idea).

Who’s the real culprit? So, LDL cholesterol by itself is not harmful, but when combined with its partner in crime…inflammation, you have a recipe for disaster. Whilst lowering LDLs might aid in reducing plaque build up, it seems to make more sense to eliminate the cause of the chronic inflammation, i.e. sugar and simple carb consumption. Cure the problem not the symptoms of the problem. Now, just so you know, there are two types of HDLs and LDLs (things are getting curioser and curioser), two different sizes to be specific. In a nutshell, the smaller, more dense LDLs are more dangerous  (easier to get into the artery walls) than the larger fluffy kind. Also, the larger HDLs are better at scavenging the LDLs. I’m not going to go into any more detail on this. I think by now we have a good understanding of what cholesterol is and the role of each type of lipoprotein. In addition what to avoid, to prevent a heart problem.

Summary We need cholesterol to live. It is essential for healthy cells, synthesis of vitamin D, adrenal and gonadal steroid hormones (cortisol, aldosterone,  progesterone, estrogens and testosterone). Without it, we would be dead. The danger lies when  LDLs are combined with chronic inflammation (brought on by consumption of sugars and carbs). The end result, is oxidation of the cholesterol and plaque formation in the arteries, leading to heart disease. Bottom line is that, yes cholesterol is a part of the equation, but the focus should be on reducing sugars and simple carbs to reduce inflammation. Think about it and let me know your thoughts on this. Don’t forget to share (and like) this post and visit the facebook page.

P.S. The healthy goat is now a happy goat, as he is able to re-introduce eggs back into his diet…he loves eggs.  He was last seen at the local hatchery yelling encouragement at the laying  hens, trying to make them go faster. A  fracas ensued when the resident rooster walked in and started pecking him on the head…The cacophony of  crowing and bleating could be heard for miles.

13 thoughts on “What is cholesterol?”