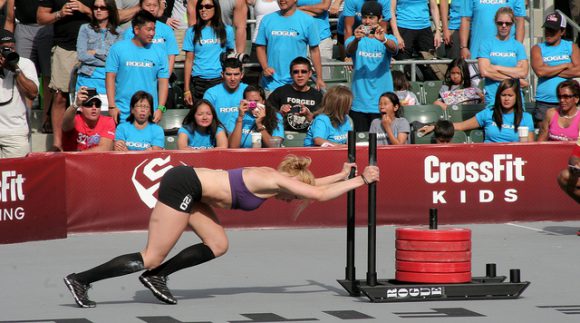 I don’t want to insult anyone, I’m sure by now you’ve heard of CrossFit. You must have, they even have their own games/competitions. But if you haven’t, I tell you what it is. Basically, it is a form of High Intensity Interval (HIIT) training. It can include the use of weights, calisthenics, bodyweight exercises, plyometrics or some combination thereof. It is definitely intense. Its popularity has grown tremendously over the years. CrossFit was started in  Santa Cruz, California by Greg Glassman circa 2000 (hard to get an exact date for some reason). Since then it has grown to several thousands of affiliates worldwide. Like with anything that has been in the public’s eye, CrossFit has been scrutinized and criticized. Everything  from safety of the program to the mental state of the practitioners comes into question. Some think it is dangerous, whilst others love it and swear by it. So, what is the truth? Let’s look into it a bit further and find out.

What is CrossFit? CrossFit is a strength and conditioning program that makes use of Olympic style lifting, cardio, calisthenics, plyometrics, and various combinations of these exercises. Workout sessions are usually an hour long. CrossFit gyms or groups are called boxes or stables (don’t know why…do you care?). The workouts are called WODs (workout of the day) and are sometimes named after women, fallen heroes or embodies the spirit of the workout….like “Fran”, “Murph”,  “fight gone bad” (not sure I’d like this one)….To further illustrate the nature of the workouts, here are two examples below:

The idea is to finish in less than 3 mins for “Fran”. For “Fight gone bad” these are either 3 or 5 mins rounds, with 1 min rests in between each round. So, you kinda get the idea what is involved in CrossFit. Now, earlier I said workout sessions are usually an hour long. A session includes a warm-up, a skill session (hand stands, cartwheels…), an explanation of the workout with a demo, and the actual WOD. The WOD itself is usually short, typically anywhere from 3 mins to 20 mins depending on your fitness level and the details of the WOD itself. I know what you’re thinking, this is insane, I can’t do this. You have to be super fit to begin with. Okay, so let’s look at the pros and cons of CrossFit and we’ll address those concerns of yours.

What are the CrossFit pros? The one that jumps out to most people first, is the length of time. Sessions can be pretty short if you know what you’re doing. Just warm up and d 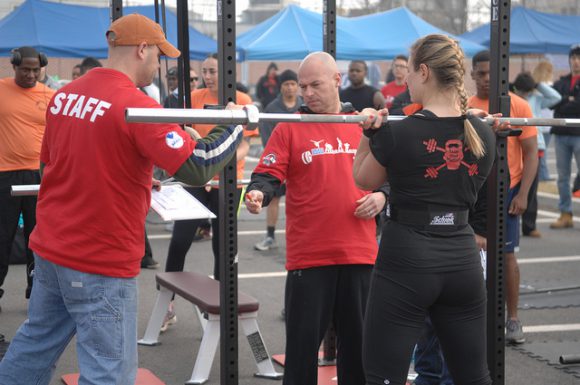 o the WOD. Your done before your wife starts and finishes telling you, everything you did wrong, for the last week. Okay, that can be long or short depending on how much you screwed up. But the idea is, with a simple WOD lasting usually not more than 20 mins mins, you will burn more total calories in a day, than running for an hour on a treadmill.

CrossFit, improves cardiovascular endurance, strength, flexibility and coordination whilst working the entire body. Since times and weights used for each WOD is put up on a whiteboard by each participant, you are able to compare yourself to fellow CrossFitters. Now this can be good if it motivates you to push harder because you have something to aim for. It might help you to go beyond your perceived limitations. Some people like this and it works for them. There is also a downside to it, which I will cover in the con section. Workouts vary from session to session and takes away the monotony of doing the same exact workout every time. For people like me who get bored very quickly, this is quite appealing. You also become part of a culture of health and fitness. CrossFitters in my experience, also tend to pay closer attention to what they eat, more so than people in other fitness programs (not sure why). Maybe it’s the fitness conscious group atmosphere or the sense of belonging or acceptance, fostered by a grueling shared experience. 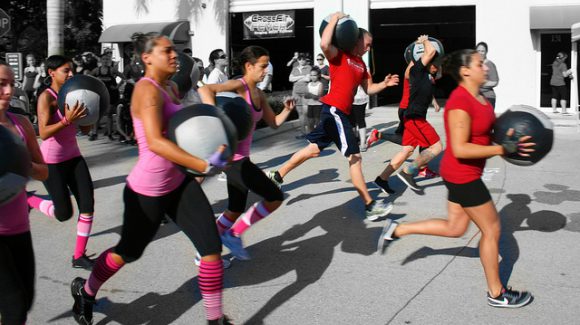 If you like CrossFit so much that you want to see people compete in it, they have their own CrossFit Summer games, where they compete in various activities over several days. There are usually local CrossFit competitions amongst the various boxes. Well, everything sounds great so far, what about the cons? Let’s find out.

What are the CrossFit cons? Exercises involved can be complicated. There is the potential for injury, if your technique is off, and this can happen when you’re a beginner or you’re so exhausted you just can’t do them correctly anymore. Many people have complained about the injuries sustained doing CrossFit. The thing about this is, that it depends a lot on who your instructor is and which box you belong to. Too many people are opening up CrossFit boxes with either no certification or very little training and pose a danger to the members. In fact, CrossFit level 1 trainers are certified after completing a two-day seminar and an exam consisting of 50 multiple choice questions. That’s all that is required to open a CrossFit gym. The instructors either don’t know proper technique, don’t spend enough time on it, or are simply too inexperienced to be teaching. Now, this is definitely not the case for  all boxes. When I did CrossFit, my experience was positive. The instructors were certified (with experience) and were 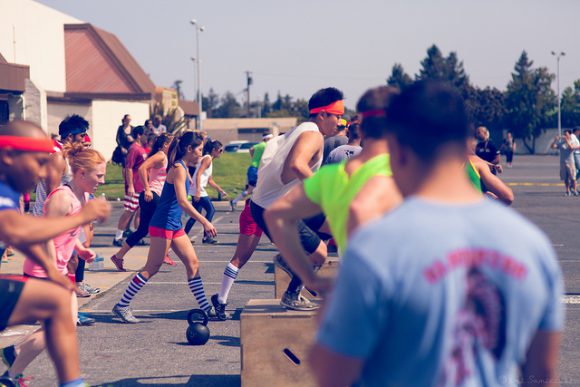 knowledgeable about exercises and technique. There was a “bridge” class, where exercises were taught, starting with PVC pipes and progressing to the bar and finally adding the weights. In the actual classes, the two instructors (male and female) I had contact with (not at the same time), both stressed proper technique. They would walk around and check your form as the class progressed, paying attention to newbies. Unfortunately, not all boxes are like this.

Some critics complain that it is difficult to complete workouts in the recommended (Rx) time with the Rx weight, and pushing people to do so, is dangerous, especially for newbies. Like I said before, it depends on the gym you go to. Good CrossFit boxes don’t do this. Exercises are scaled back to the individual, with either less weight or repetitions or modified exercises, depending on the capabilities of said individual. I trained with a torn ACL and would modify certain exercises to accommodate this injury and was always encouraged to do only what I was able to. Safety was a priority.

The other criticism, is that after a WOD, you are encouraged to put up your times, reps and/or weights used, on the board, for each exercise or round. This can be a pro as mentioned before, or a con. If you’re looking at the times and weights of the people who 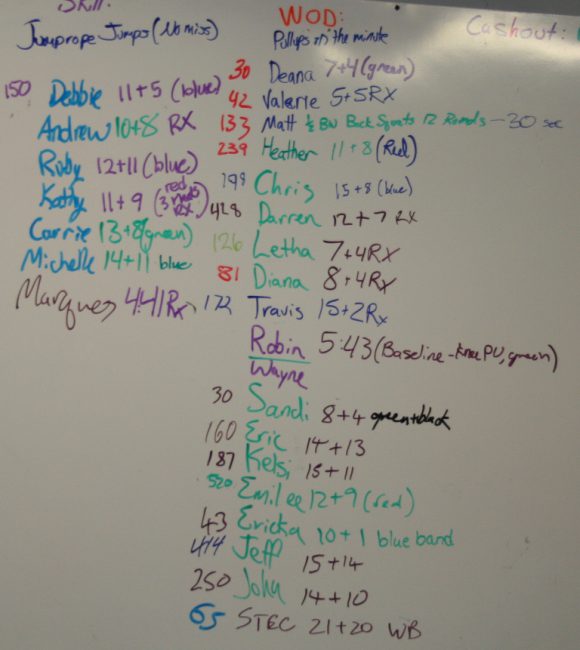 completed the WOD previously (or even comparing after), you tend to push yourself to try and beat them (either this time or the next). Even if the instructor doesn’t push you, the tendency is to want to compete. The problem here, is that, when you’re exhausted and you’re trying to beat the other person, there is the risk of doing too much, to the point that your health or form is compromised leading to injury. Even the good CrossFit gyms aren’t able to rule this out. By nature, people compare, and no one wants to be at the bottom of the barrel (board), so to speak. If you don’t put up your stats, they do tend to make a fuss about it. So, I would put my states on the board and pretty much ignore what other people did. I just didn’t care. And not everyone does.

CrossFit gyms can be expensive averaging around $ 125-150 a month. But, this is a decision you want to make for yourself. Whether or not you want to join a cheaper, conventional gym or a CrossFit box.

Summary Now you have a good idea of what CrossFit is. I personally like that each session has the potential for a different workout and is challenging. CrossFit is not the do all and end all of fitness. There are definitely some cons if you go to a bad CrossFit gym with instructors who have little training. You want to go somewhere, where there is an emphasis on safety and technique and where participants are encouraged to modify or scale back exercises as needed (They do exist). Having said that, CrossFit in general, is intense, no matter where you go. Be prepared for that. If you’ve never done anything before (except eat) this might not be a good starting point for you. If you have heart problems or at risk for any reason, talk to your doctor first. If you have any limitations or concerns about intensity, or scaling back, a good CrossFit instructor would be more than willing to discuss and accommodate you. If not go somewhere else. When I did it, I enjoyed it. I no longer do it, simply because my goals have changed and it’s not available where I train for martial arts. I don’t want pay separately for a CrossFit gym. But, that’s just me. If it were offered as part of the package, I would pick it up again. When I did do it, it was only twice a week (did other stuff in between). One thing to remember, even with CrossFit or other fitness regimens like Orangetheory, the battle of the bulge is won and lost in the kitchen. These programs help, for sure, but you still need to watch what you eat. Bottom line, it can be a good addition to your fitness regimen, provided you find a knowledgeable instructor who places a high priority on safety and good technique.

P.S. The Healthy Goat decided to try sneaking into a CrossFit box (why do they call it a box?…) to experience what a WOD felt like. Within the hour, members started complaining about their missing shoes, power bars and teeth marks on water bottles.

Update: The Healthy Goat was found several hours later, stumbling out of the box, with bruises. He was caught by an angry female CrossFitter, whilst he was chewing on her tank top (she was still wearing it). He unfortunately experienced  “fight gone bad” (read the post) and was last seen being stretchered into the ER.

Crossfit games photo by Anthony Topper under CC BY 2.0 license

CrossFitters working out by Ali Samieivafa under  CC BY 2.0  license

CrossFit fever photo by CrossFit Fever under CC BY 2.0  license

Photo of Annie Thorisdottir by Anthony Topper under CC BY 2.0  license

9 thoughts on “What are the pros and cons of CrossFit ?”