Just when I think I’m out, I keep getting sucked back in. I did the piece on stevia, a natural sweetener and had no plans on doing another sweetener post. But again, I got sucked 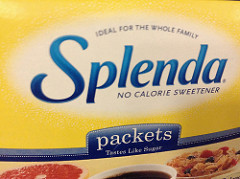 into a discussion (argument) on whether sucralose was bad. I was shown an article that stated all the evils of sucralose. Just so you know, sucralose is an artificial sweetener (splenda). It has been used in many soft drinks and foods as a replacement for sugar.

Again some of the arguments make no sense. It’s the usual “it’s not natural so it’s bad” nonsense, which I covered in the stevia article. The new part of the argument, is that it contains chlorine so it’s bad. Well, so does table salt, which is NaCl. For those of you who didn’t waste time with high school chemistry, Na is sodium, and Cl is chlorine. But for some reason, nobody seems to be up in arms over that. I’m not saying that there isn’t cause for concern, but don’t just throw around arguments with nothing to back it up with. That’s just silly. Okay, Enough chit chat. Let’s investigate the good and bad of sucralose. 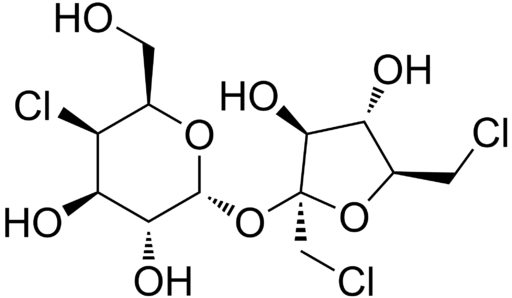 What is sucralose? Sucralose consists of sucrose, which has 3 hydroxyl groups substituted with chlorine atoms and this makes it an artificial sweetener. It is over 300 times as sweet as sugar [1]. It was discovered in England in 1976 by researchers looking for a way to use sucrose and it’s derivatives for industrial purposes. As the story goes, a senior researcher asked his subordinate to test a chlorinated compound. The young padawan misheard and instead, tasted it (…the force was weak in this one…) and found it to be extremely sweet. Thus sucralose, which also goes by the commercial name of splenda, was born. Sucralose is supposedly not metabolized by the body and therefore does not contribute any calories. This makes it popular in diet drinks and foods. Now, let’s look at some of the claims about sucralose.

Sucralose affects gut health There is concern that sucralose is detrimental to healthy gut bacteria, which could compromise immune health. Also, in several rat studies, it was shown that sucralose can reduce beneficial fecal microflora, increase fecal pH, and enhance levels of P-gp, CYP3A4, and CYP2D1 which are known to limit the effectiveness of orally administered drugs [1, 2, 3].

Sucralose causes cancer These claims are based on animal (rat) studies and not humans studies. Human and animal physiology are obviously different and the effects on one does not necessarily translate to the other. But, it is still a good starting point, and can inform of the potential side effects that humans might be subject to. So, the study that’s been getting a lot of attention, was done by the Ramazzini Institute. The study demonstrated that increasing dosage of sucralose increased the rate of malignant cancer in male 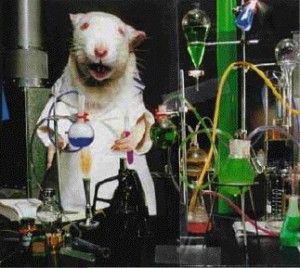 rats [7]. Critics of the study, claim that dosage was much greater than the recommended dosage for safe consumption in humans.

Other scientists defended the study with claims, that a smaller dosage of a cancer causing agent, only means that the risk is just smaller, but can still result in cancer. Now, to add to the confusion, the Ramazzini Institute has been criticized many times in the past for poor scientific conduct. According to Trevor Butterworth (writes for Forbes), the institute pretty much finds cancer as the result for every test:

“No matter what substance the Institute tests for cancer, the results always seem to be positive, whereas other laboratories testing the same substances repeatedly fail to come up with the same findings.”

“Take aspartame, which the Ramazzini Institute declared carcinogenic in a study it conducted in 2005 and multiple studies thereafter. The European Union’s Food Safety Authority commissioned a panel of experts to examine this study as a matter of high priority, given its alarming findings; its conclusions, however, were devastating. It appeared that many of the rats were sick with chronic lung respiratory disease, which just so happens to cause the same kinds of cancer that Ramazzini attributed to aspartame.”

So, there has been a lot of debate on who is right and who is wrong in this particular study. A good critical examination of the study can be found here. There are some legitimate concerns that need to be elaborated on, or at the least, restudied. There have also been questions on the agenda of the European Union’s Food Safety Authority, with regards to the politics of their criticism of the Ramazzini study. When there is this type of controversy, it is difficult to ascertain who is telling the truth. What’s clear, is that more long term studies need to be done by independent researchers, with all aspects of the research being addressed, whether the results are positive or negative. 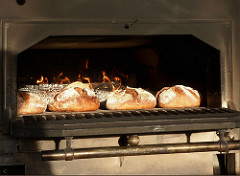 forms chlorinated by products (chloropropanols), some of which are potentially toxic to humans [1, 8, 9 10, 11]. Chloropropanols comprise a group of contaminants that include known genotoxic, carcinogenic, and tumorigenic compounds. This means that baked/cooked foods, that use sucralose to sweeten, could be potentially dangerous if consumed over the long term.

Summary Well sucralose is not as straightforward as stevia, in terms of the research. The validity of the cancer causing claims from the Ramazzini Institute has come into question. This adds further confusion to the debate about the risks associated with sucralose. Other studies show that, when sucralose is subject to high temperatures in baking and cooking, it breaks down to form toxic compounds which can be carcinogenic, genotoxic and tumorigenic. It also seems to affect gut health with regular consumption, which can affect the immune system.

There has been evidence that insulin and blood glucose levels are increased, at least in unhealthy, obese individuals, who are not accustomed to using sucralose. So, it would seem that the things to really worry about, are gut health and sucralose in baked or cooked products. Most studies were conducted on rats, which can be a good starting point. However, there still needs to be more thorough human research on the safety of sucralose, before a definite conclusion can be reached. For me personally, there is enough to avoid it and instead, use something like stevia. You can decide for yourself and come to your own conclusions.

7 thoughts on “Sucralose side effects”