I’ve previously posted on the effects of weed and weight training, and there seems to be a bit of confusion about the effects of CBD. People tend to read bits and pieces of an article an 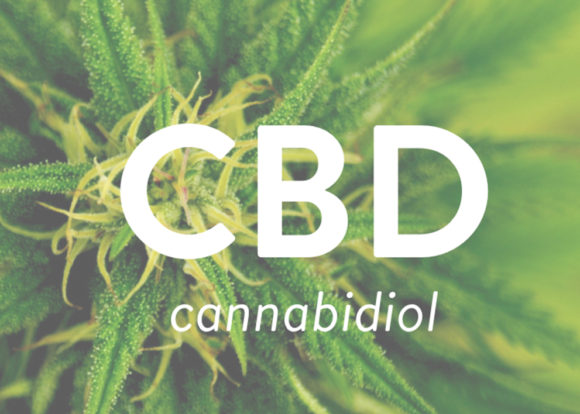 d form opinions. Somehow, readers got the impression that CBD might be addictive and dangerous. Just remember weed has two main components, tetrahydrocannabinol (THC) and cannabidiol (CBD). Today we’ll focus on CBD and find out what the benefits are and if there are any side effects.

CBD and the Endocannabinoid System

What is CBD? Let’s start with weed/cannabis/marijuana, which comes from the cannabis plant (cannibis sativa). It contains over 100 cannabinoids (class of chemical c 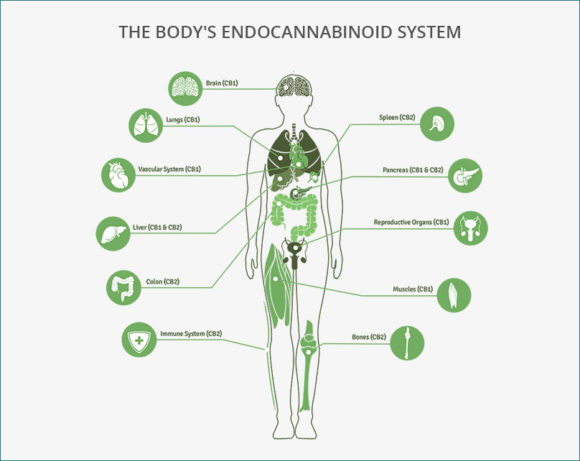 ompounds). The two main ones, are tetrahydrocannabinol (THC) and cannabidiol (CBD). THC gives the high and whether or not it is addictive is still debatable. Hemp is also a source of CBD and unlike marijuana does not contain any THC. CBD was first discovered in 1940 by Dr. Roger Adams at the University of Illinois, and fully described in 1963, by Raphael Mechoulam’s laboratory[1, 2, 3].

Manages Anxiety A small 2003 study examined the effects of CBD on anxiety. Ten healthy male volunteers, randomly divided into two groups of five subjects. Each subject was studied on two occasions, 1 week apart. Subjects were given either an oral dose of CBD (400 mg) or a placebo, in a double-blind procedure [6]. The results showed CBD was associated with  decreased subjective anxiety and increased 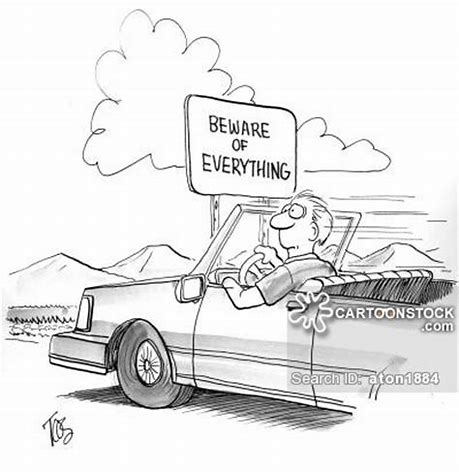 mental sedation,while placebo was not.

Another group studied the effects of CBD (600 mg), THC (10 mg)  and a placebo on prefrontal-subcortical effective connectivity and its disruption. 15 healthy subjects underwent a double-blind randomized, placebo-controlled study, while viewing faces which elicited different levels of anxiety. The doses were administered orally. It was found that CBD only, disrupted prefrontal-subcortical connectivity during the neural response to fearful faces  [7].

A 1993 study investigated the effects of CBD, benzodiazepine diazepam, ipsapirone and a placebo on volunteers submitted to a simulated public speaking (SPS) test. The results were that  ipsapirone reduced SPS-induced anxiety during the test, whilst CBD decreased anxiety after the test. Diazepam, reduced anxiety before and after the SPS test, but had no effect on the increase in anxiety induced by the speech test [8]. Probably not the effect we were looking for with CBD, but at least there was some ability to reduce anxiety albeit after the test.

Reduces Seizures and Epilepsy In a 2017 double-blind, placebo-controlled trial, 120 children and young adults with the Dravet syndrome (rare and catastrophic form of epilepsy) were randomly assigned to receive either CBD oral solution at a dose of 20 mg per kilogram of body weight per day or a placebo [10]. The treatment was done in addition to standard epileptic drugs. The test lasted a total of 14 weeks. The results showed a frequency reduction of total seizures of all types with cannabidiol, but there was no significant reduction in non-convulsive seizures. Sounds great, but there were more adverse effects associated with the CBD group compared to the placebo. 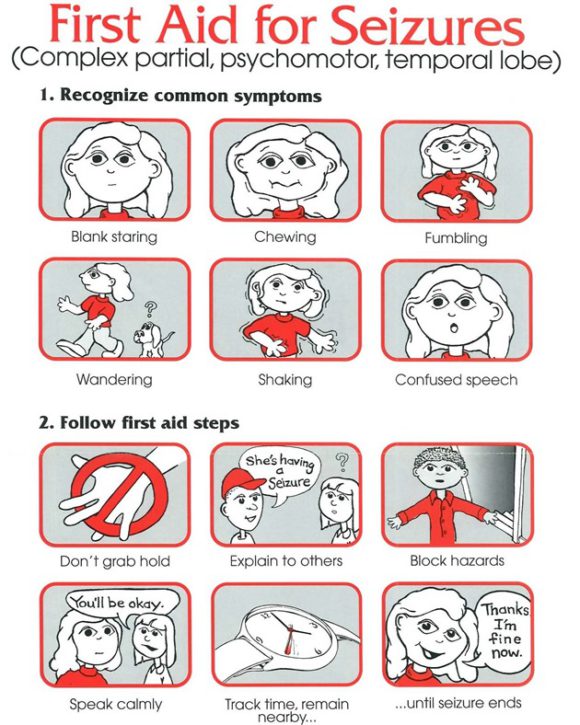 These effects included, diarrhea, vomiting, fatigue, pyrexia,  and somnolence. It would have been interesting to compare CBD treatment directly to use of anti-epileptic drugs, in addition to the placebo. It’s unclear whether the adverse effects were solely due to the CBD or CBD interaction with the other drugs.

In 2017,  two studies on Lennox-Gastaut syndrome (severe epilepsy) were published. In one study 171 patients with uncontrolled drop seizures were randomized to receive adjunctive treatment with CBD oral solution 20 mg/kg/day or placebo for a period of 14 weeks. The average age of the subjects was 15 yrs. Compared with placebo, CBD treatment was associated with a greater average percent reduction in monthly seizures. In another study, 225 patients with Lennox-Gastaut syndrome were given either two doses of CBD (10 or 20 mg/kg/day) or placebo over 14 weeks.

The prospects for CBD treatment for seizures look good, despite some of the adverse effects. The only issue is that the subjects were given CBD as an addition to their anti-epileptic drugs. This makes it difficult to tell how much of the improvement and adverse effects were due to CBD only or CBD’s interaction with the drugs. Obviously more studies need to be performed to elucidate the effects due to CBD only.

Pain reliever An interesting study published in 2010, compared the efficacy of a  THC:CBD extract, a non-opioid analgesic endocannabinoid system modulator, and a THC extract, with placebo. 177 patients with cancer pain, entered into a 2 week randomized double blind study. Twice as many patients taking THC:CBD showed a reduction of more than 30% from baseline pain when compared with the placebo (23 [43%] vs. 12 [21%]). Very little changes were observed for the THC group. 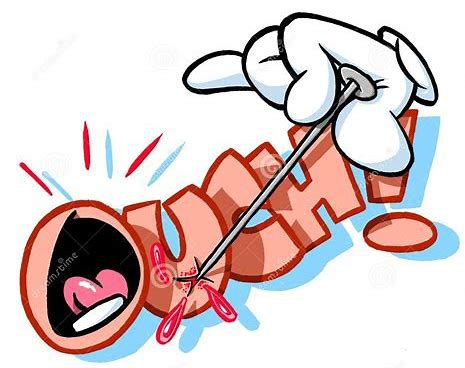 Like the previous studies, the treatments were administered in addition to pain relief drugs already being taken [13]. Indirectly the study does show the benefits of CBD, whether this is due to solely CBD or the combination of CBD and THC is not very clear.

In a 2016 study, examined the effects of transdermal CBD for reduction in inflammation and pain, assessing any adverse effects in arthritic rats. CBD gels (0.6, 3.1, 6.2 or 62.3 mg/day) were applied for 4 consecutive days after arthritis induction. The outcome was found to be that the transdermal CBD gel significantly reduced joint swelling, limb posture scores as a rating of spontaneous pain, immune cell infiltration and thickening of the synovial membrane in a dose-dependent manner [14].

Other studies have reported similar findings with regards to pain reduction. The obvious limitations being either animal studies, which do not necessarily translate to humans and CBD being used in conjunction with other drugs.

Anti inflammatory In the previous section, we talked about the 2016 rat study, where CBD was able to reduce inflammation in arthritic rats [14]. There have been other rat studies or simulations that have similar results [15, 16, 17]. 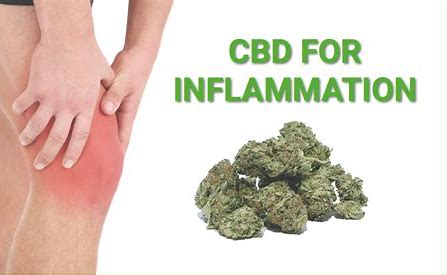 A 2018 published paper reported 3 cases of self‐initiated topical cannabidiol use in patients with epidermolysis bullosa in an observational study. Of the three patients, one was weaned completely off oral opioid analgesics. All 3 reported faster wound healing, less blistering, along with reduced pain, with CBD use [18]. The faster wound healing and reduced blistering occurs as a result of less inflammation.

Again, similar to previous sections, mostly rat studies and limited human trials. If you come across any clinical trials that shows reduced inflammation with CBD use, drop a comment/link and I’ll add it to the post.

Stimulates bone growth This is one most folks don’t even know about. In a 2015 study, rat femurs were fractured and the animals were given 3 sets of treatments. Either CBD, THC, a placebo, or an equal mixture of CBD and TCH. The dosage was 5 mg/kg/day, and the rats were evaluated post-operatively for 2, 4, 6, and 8 weeks [19].

The results showed that CBD, enhances the biomechanical properties of healing rat mid‐femoral fractures. The THC enhances the CBD stimulated work‐to‐failure at 6 weeks postfracture,  followed by reduction of the CBD effect at 8 weeks.

A more recent 2017 study investigated the effects of CBD on rats with spinal cord injuries. The adult male rats were exposed to surgical transection (transverse cut) of the cord and treated with CBD for 14 days. The rats were given CBD, 0.5 and 5 mg/kg/day.

Promising, but few animal studies and no human trials.

Summary There is a lot of potential for CBD as an alternative to pain reducing, anti-inflammatory drugs and treatment for seizures and anxiety. Most of the research in terms of inflammation and pain are rat studies or very small human trials. Clearly, there needs to be larger clinical studies, across the board, to truly elucidate the benefits of CBD. That isn’t to say, the benefits don’t exist. We should always try to find out more about a potential intervention/treatment, to see how best to use it, and also under what circumstances it may not work.

Many people use CBD, especially in MMA and BJJ (Brazilian Jiu-Jitsu), for the anti-inflammatory benefits and pain relief. I myself use it extensively, for overall health and relaxation. I will continue to update this post as more information becomes available. If you’re interested in trying CBD, here’s a good site to peruse.