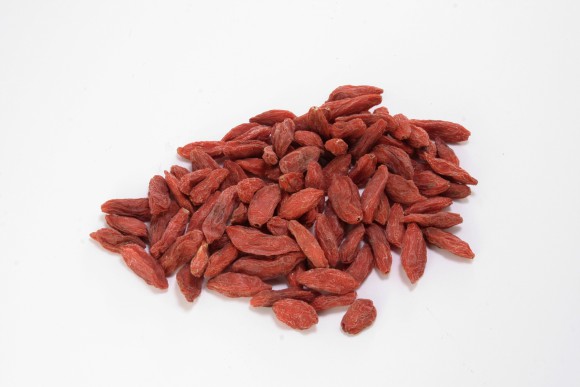 Alright so the pic is that of dried goji berries. Goji berry (Wolfberry), known as Lycium barbarum in the scientific community, is an orangeish/reddish fruit with an elliptical shape. The majority of the worlds commercial supply comes from China with Canada and the U.S. also producing commercial quantities.

Like blueberries, goji berries are considered to be a super fruit with many health benefits as discussed below. They are chuck full of vitamins and have a high concentration of antioxidants. Now, many of these health claims are based on animal studies or small and limited human trials. That doesn’t mean to say the benefits are not there. More robust research needs to be done for it to be conclusive. So, what are the health benefits of goji berries? Check below…

Improves immune system Research indicates that goji berries improves immune response through increased antibody production after flu vaccination and after subsequent infection. Again studies were done on mice but suggests that it may show similar benefits in humans.

Improves mood A single study done in 2008, on goji berry consumption, over a 14 day period, showed general improvements in feelings of well-being. Also claimed were improved neurologic/psychologic performance and gastrointestinal functions and reduced fatigue and stress. The study seems promising but more robust research needs to be done.

UV protection In studies done on mice, it was shown that consumption of goji berry juice was able to offer protection from UV radiation. This was concluded to be as a result of the antioxidants present in goji berries. Further studies need to be performed on humans.

Health risks There seems to be food-drug interaction with goji berries. Consumption of goji may have adverse effects when paired with blood thinners and diabetes and blood pressure medication. Talk to your doctor first if you use any of these medications.

In otherwise healthy individuals, goji berries are fine for consumption. You can eat them on their own or added to another meal. Personally I like to put a sprinkling of the dried fruit in oatmeal or yogurt.

P.S. The healthy goat was last seen on a beach somewhere in the Caribbean. Besides using sunscreen, he was nibbling on a pack of dried goji berries for extra UV protection. Alas, a ruckus ensued when fellow beach goers realized their packs of goji berries went missing….along with their bottles of sunscreen…and bikini tops…