So, is it just hype or do testosterone boosters really work? As guys get older and the testosterone production declines, it becomes harder to build muscle, it takes longer to recover from injury and the effects 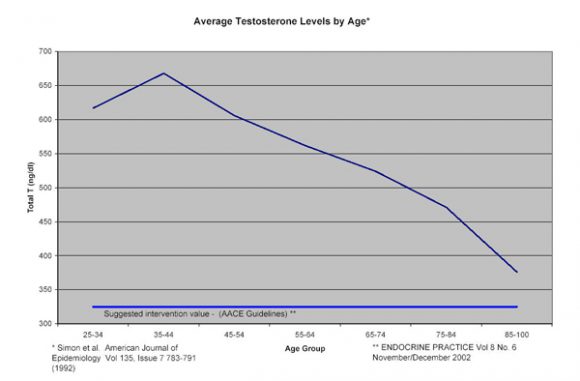 of aging in general becomes more apparent….so much more, sigh. Short of taking anabolic steroids, what can you do? Well, there are a bunch of people out there recommending testosterone boosters, which they claim, helps the body to increase it’s production of testosterone (duh).

There are so many brand names out there, each with it’s own proprietary blend of ingredients. All of them claiming that they are unique and the only legitimate way of increasing testosterone. I’ve never tried any before, but I was very curious, so I spent a lot of time researching it, and I found some very interesting stuff. Want to know more? then read on…

What is a testosterone booster This is pretty straightforward. Any substance or combination of substances/nutrients, when ingested, causes the body to increase the production of testosterone naturally. Let’s be clear on this. It is not a testosterone substitute, natural or otherwise. Usually, there are a host of ingredients that are combined to form these boosters. Ingredients like, fenugreek, tongkat ali, D-Aspartic Acid (DAA), zinc, ginseng extract, saw palmetto and others, depending on the brand.

What the research says

Let’s look at the main ingredients and what they’re supposed to do, and then see what the research says. Remember any of the ingredients we are going to look at can be used in a combination or can be used individually as a supplement. So, let’s start with the big one, D-Aspartic Acid.

D-Aspartic Acid This is a non-essential amino acid found in poultry, meat, eggs and dairy products. In a 2009 study, it was demonstrated that in a group of 23 men who supplemented with DAA, their levels 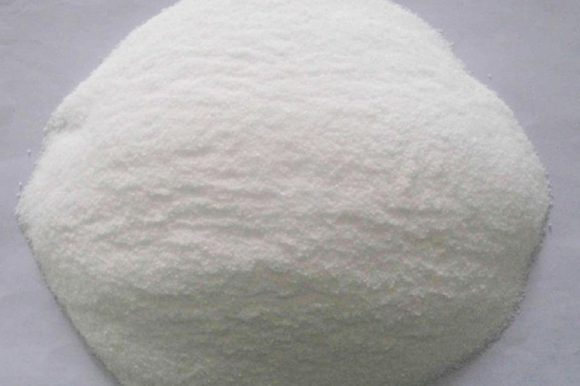 of testosterone was increased by 42% [1]. This paper (along with a few others) is often cited as proof that supplementing with DAA is effective for increasing testosterone levels and therefore will be effective in building muscle for bodybuilders or strength athletes. Here’s the problem, another study done in 2013 with 20 men, showed that were no changes in the test subjects over a 28 day period compared to the 12 day period in the 2009 study [2]. This is with the exact same dosage. So, someone is lying? Not exactly.

In the 2009 study, the age range was 27 to 37 years, whilst in the 2013 study, the range was 18-23 years. The baseline testosterone levels in the 2009 group was 4.5 ng/mL which increased to 6.4 ng/ml at the end of the study. Compare this with the 2013 group, with a baseline of 8 ng/mL. The first group were average people with no particular training. The second consisted of individuals who had been resistance training for at least a year. So, based on this, it seems, that supplementing with DAA has an impact on individuals who are at the low end of the normal range for testosterone, and are also untrained. It doesn’t seem that there is going to be any great benefit for someone who is training often or has higher levels of testosterone or average levels of testosterone.

Fenugreek This plant is used as a herb in many dishes, that can be found on the Indian subcontinent. Like DAA, it’s effects on testosterone production depends on how the study was conducted. In a 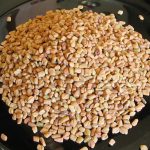 2010 study, it was demonstrated that there were no effects on testosterone levels between subjects that ingested the placebo vs fenugreek. However, in the same study, the test group was able to increase their strength, lean body mass, and show a greater reduction in body fat compared to placebo group [3].

In a study of college aged men, it was shown that there were significant increases in bioavailable and free testosterone levels when supplementing with fenugreek [4]. But this was because there was a decrease in serum dihydrotestosterone (DHT) levels. So what? well the body converts some testosterone to DHT. So, if it is being prevented from doing so, then yeah, the testosterone levels will be high. Other studies show the same conflicting results.

So the bottom line is, if you want to try it, go  ahead. There aren’t any reported side effects from ingesting fenugreek. If you see or feel some benefit, then great.

ZMA This is actually a combination of 3 things, zinc, magnesium, and a wee bit of vitamin B6. Like fenugreek, the results are mixed. A 2006 study of 10 wrestlers, after exhaustive training, showed depleted levels of testosterone. After supplementing with zinc, the levels of testosterone were restored [5]. Now this is not zma per say, but zma is often used as a zinc supplement and this study is cited as proof of the effects of zma.

A 2000 study of football players supplementing with zma, showed marked improvements in strength and testosterone levels over an 8 week period [6]. But a 2004 study of 42 resistance trained men who supplemented with zma, showed that there were no changes in testosterone or any measure of strength [7]. And so it goes, where will it end? nobody knows. Again, inconclusive.

Panax Ginseng Studies done on both rats and humans have shown increases in testosterone levels, including DHT after supplementing with ginseng [8, 9]. Now to be clear, this is panax ginseng and not 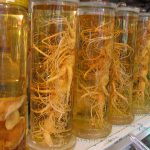 siberian ginseng, which is different. I’m only looking at panax, because most claims are associated with this type. In another study of men with erectile dysfunction, treatment with ginseng lead to no significant increases in testosterone levels [10]. Again, mixed results, with varying test protocols. There is other research out there, but I won’t even bother citing them. It’s the same mixed bag.

Summary I’ve been saying throughout this article there are conflicting results. Some studies show that there are increases in testosterone, whilst others do not. In some instances, these increases, as in the case of DAA occur in untrained individuals with low testosterone. In other cases, increases in blood levels occur only because the supplement prevents conversion to DHT. The problem here is that studies being done, are performed under varying conditions,with different cross-sections of the population. So, it’s not surprising to find that there is a mixed set of results. In addition, most of these studies are done on a small sample size and are just simply not robust enough. If you really believe you’re deficient in testosterone levels, confirm with a doctor. You can then try one of the supplements and figure out if it’s right for you.

If you’re a bodybuilder or some type of athlete who is healthy, and has a normal level of testosterone, chances are there isn’t going to be much benefit from any of these supplements.

Ginseng image used under a CC BY 3.0 license