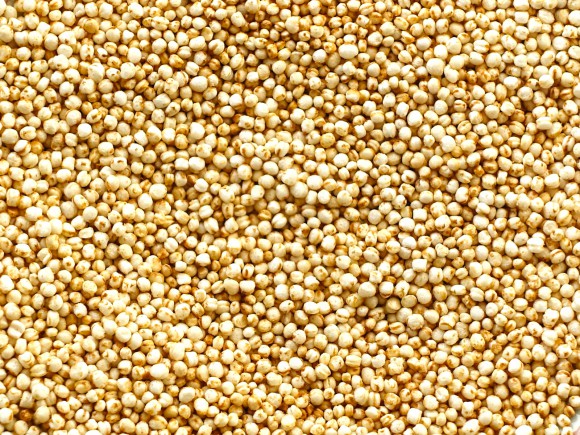 Koo-In-Noa?…Kee-In-Noa?…Q-In-Noa? Huh…what? No, it’s pronounced Keen-Wah. Chenopodium quinoa or simply quinoa, contrary to popular belief, is not a grain, but a seed. It is grown in South America, the U.S. and several European countries, in commercial quantities. Touted as a superfood due to its nutritional content, quinoa has several benefits which we will look into.

Nutritional Content So, I’m not going to list everything, just the essentials. In 100 g (120 calories) of cooked quinoa we have approximately:

It has less total protein than chia seeds and not as nutrient dense, but it still contains all 8 essential amino acids (take note vegetarians). It is a good substitute for rice due to the lower carb content and is mostly gluten-free.

Antioxidants Quinoa contains polyphenols and flavanoids. Sprouting, which involves soaking in water and allowing the seeds to germinate, increases this content. These antioxidants scavenge free radicals which can lead to decreased cardiovascular health and increased risk of cancer[1].

Gluten free This is good news for people with celiac disease and those who avoid gluten for other dietary reasons.

Contains Riboflavin Research has shown benefits of riboflavin in cardiovascular disease, cancer and cataract prevention in elderly people. Further studies need to be done conclusively identify the mechanisms at work.

Summary Quinoa can make a healthy addition to your diet and is a good substitute for rice, if you’re watching your carbs. Due to its amino profile, it can help vegetarians fulfill their essential amino acid content. It is also gluten-free for people with gluten sensitivity problems.

6 thoughts on “Benefits of Quinoa”